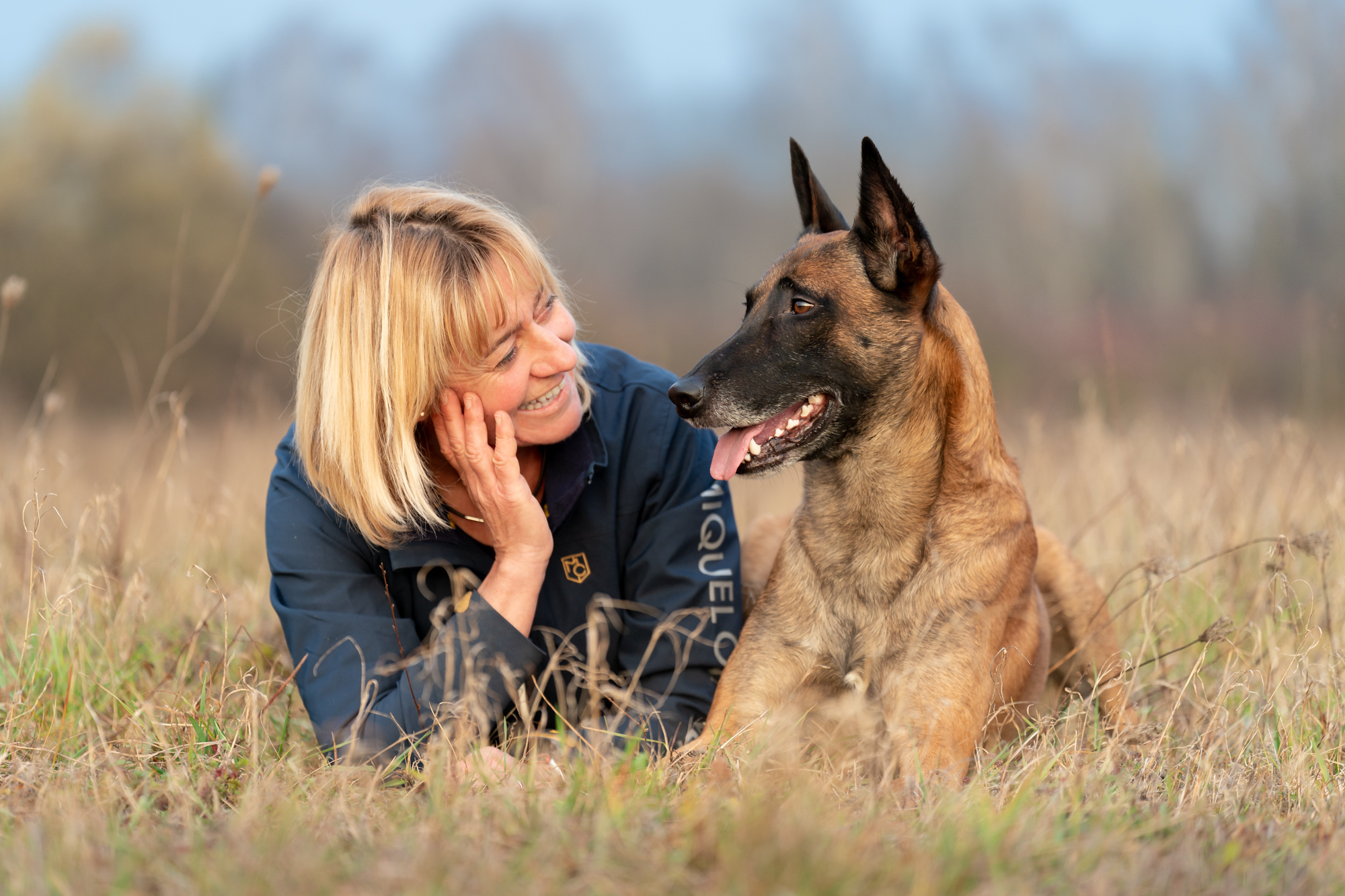 Cornelia (Connie) Scherk, born in Augsburg in 1966 and resident in Königsbrunn (Bavaria), started dog sports at the age of 14. After years of walking the neighbors’ dogs she got her own dog, a German Shephard mix and her passion for Schutzhundesport began. Connie began working initially in a local SV group.
In 1987 she met and fell in love with Peter – at the dog club of course;)
With the wedding in 1991 and the birth of their daughter Lisa, the lifelong partnership, the joint project Heuwinkl and, above all, many outstanding ideas in the training of protection dogs began.
Right from the beginning, they have committed themselves to a dog-friendly ethical philosophy in dealing with dogs. In spite of this, or perhaps because of it, the entire Team Heuwinkl was able to record many successes.
For more than 35 years now Connie trains dogs joyfully and passionately. She has taken part in competitions nationwide and after many years of experience she is happy to pass her knowledge on to others, so this platform is only a logical consequence. 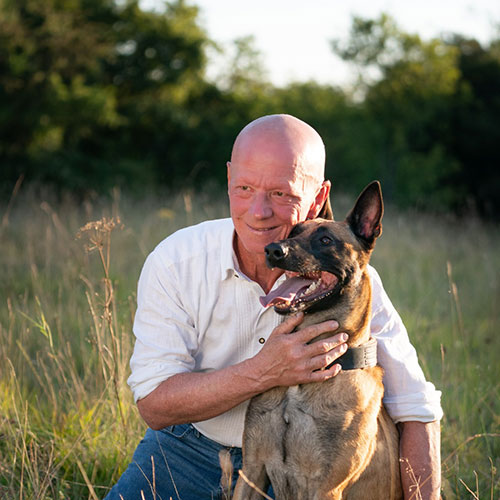 Peter Scherk, born in Augsburg in 1963 and resident in Königsbrunn (Bavaria), started dog sports at the age of 14. Since 1985 Peter Scherk has played a significant role in dog training at the the HSV Heuwinkl and is now, together with his wife Connie Scherk and Dr. Florian Knabl, responsible for the training.

He met Connie in 1987 at the dog club, a logical outcome of the intensive and time-consuming work with dogs. They married in 1991 and a year later their daughter Lisa was born, the pride and joy of the family.
In the beginning, his enthusiasm in dog sport was for the Boxers and up until 1993 he was active in the Boxer club, but in 1995 he discovered his great love for the Malinois.
Since 2000 Peter Scherk is the chairman of the LG Bavarian Malinois Club (DMC) and he also took on the post of Federal Training Director of this association from 2008 to 2016. Peter Scherk is also the chairman of the worlds most successful dog club in working dog sport, the HSV Heuwinkl.
Peter Scherk has been actively competing with his own dogs at national and international level for more than 35 years. In this time, this well thought out, intelligent and clear training system grew and has brought him countless trial results with excellent grades overall. Some of these are: German Champion of all working breeds, twice National Winner at the DMC Championship and the incredible 3 times World Champion title as an individual. In addition to this 9 times World Champion in working dog sports with Team Germany.
A list of the innumerable titles and successes of the HSV Heuwinkl, for which he together with his wife Connie and Dr. Florian Knabl are responsible can be found here 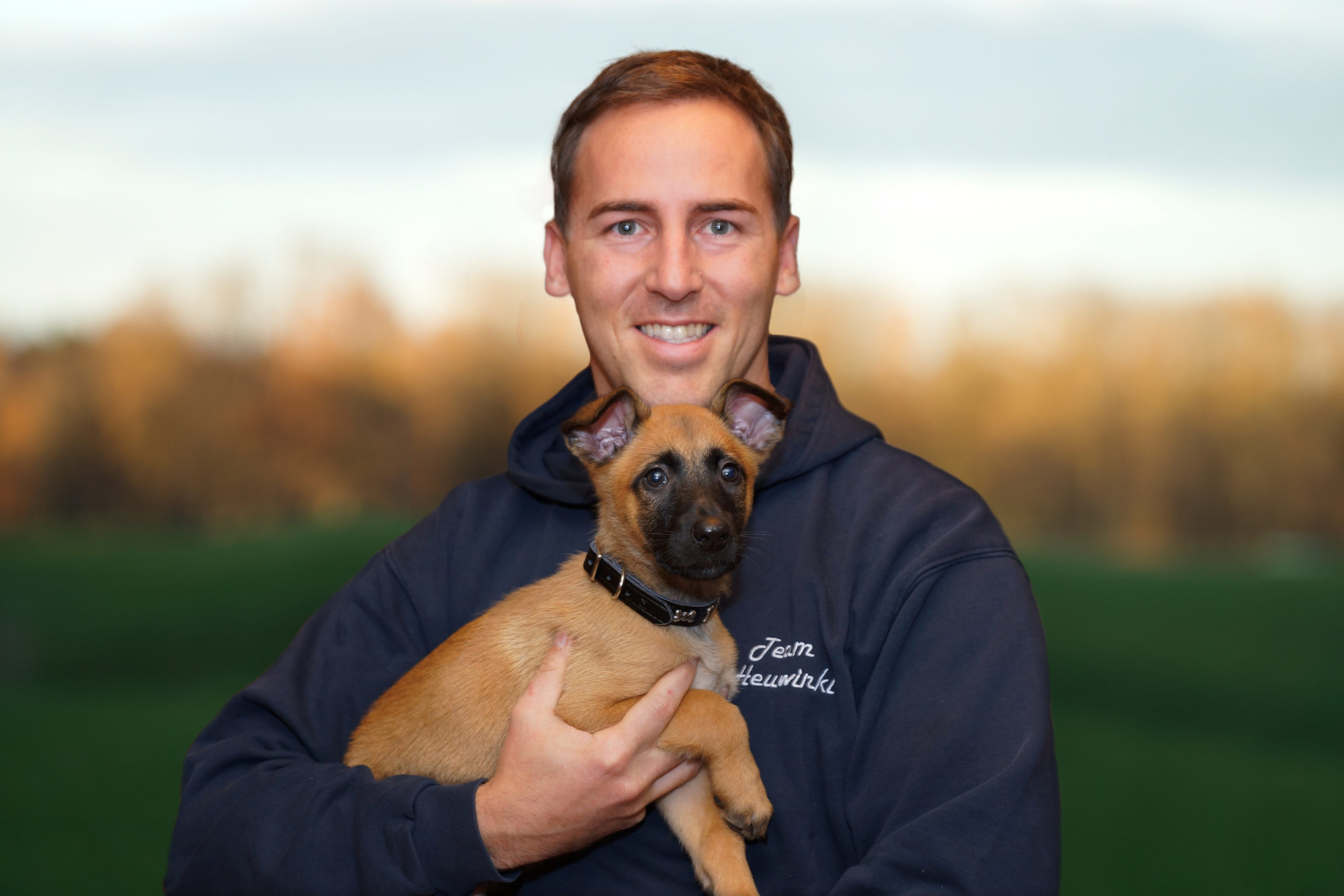 Florian was 13 when his older brother brought him his first dog: Eiko, a German Shepherd. A guest in his parents‘ restaurant decided to take him to a local dog club and that is where his passion for dogsport began.

Florian has been an integral part of the Heuwinkl team as a helper and dog handler since 1997 and has been the trainer of many other dog / human teams who trust him.

What makes Florian special as a dog handler and trainer? Each of his dogs work with a lot of energy; without losing the calm that is necessary for precision in obedience and good grips in protection. Instead of just concentrating on the difficulties, Florian sees and fosters the individual talents of the dog and the dog handler. He sees a problem in training as a challenge and as an opportunity to pursue one of his favorite occupations: tinkering about training methods or developing new training accessories.